So, what to point out first? 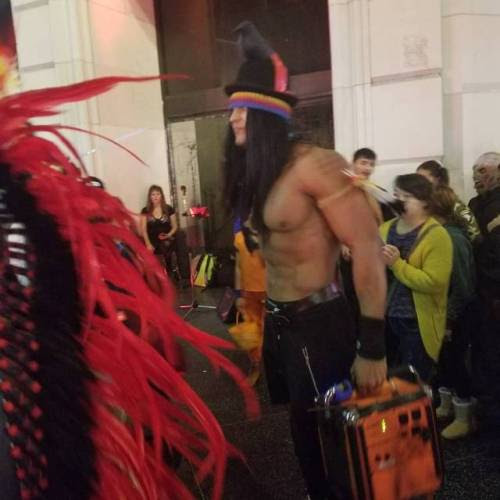 So, what to point out first? The, if he is not actually one, inappropriateness of his appropriation of Native American culture? (Conversely, if he is Native American, way to go) His 7 foot tallness? The beat-up blasting industrial orange drum machine with… an antenna he carried? The fact that the Avengers showed up and recruited him? His buddy on next page…. (at Hollywood Walk of Fame)