Get Your Kookie Awn!,

Here's 77 Sunset Strip Comics as a response to the ever amusing and informative Baikinange's Shadenfreudian Therapy blog, where she generously provided the 77 Sunset Strip Album.

In its entirety ...... at the link embedded in any of the images below, or here.

GOD FORBID SHE GIVES ME A LINK

A sensible question to ask

Just one story this time. I was reminded by Frankenstein comics guy that Bushmiller used to draw Nancy with a toothpick. The Tootsie Roll ad in the back is fantastic.

In your briefcase lies the fascination of exciting go-kart race

I WANT THIS.
But I also want a lot of other stuff
. 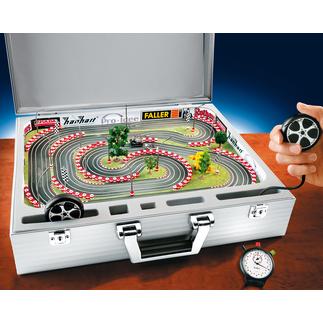 Interesting ephemera-y thingie for fans of the inventor of ambient music: The producers of the vinyl items back in the days of Punk & New Wave (*cough* *cough* Where's my walker?) used to get their hands on the masters and engrave messages into the dead space at the end of the cut.
This side, the Lion Sleeps Tonight side, had this engraved:

apologies for the 47 step enhancement - I shoulda just got a tripod out..
also on the Tie Your shoe side it said: "Dedicated to R. Saarikko's Shoes and I. MacDonalds's Polish"
Ritva Saarikko was a photographer who worked with Eno. Apparently not a loafer wearer. Possibly one of the Seven Deadly Finns, a song Eno did around the same time.

How did this get approved?

From the liner notes:
...The Shmeeds have a crazy mixed up sound....

My oldest daughter made a change to her messenger bag: She Katamari-ized it. The ol' fabric paint & stencil routine. Excellent results. The Katamari stuff out there that's available commercially is egregiously expensive and not all that fun. This has guerilla flair.
See more of her stuff here such as her googly eye shoes and target bag/duct tape ballerina dress.

Jorge Meza - Colombian Cumbia star.
I'm no fan of Latin music, but sometimes, it jus' grabs ya! The guy at the flea market assured me this was the disc to get.
I can't find anything comprehensive about him, so check out the link at the picture.

I love the galumphing yet sexy (?) beat. He also manages to give himself credit in the beginning of every song, along with a hearty "wahey"!

.....1/5/08 was the 2nd anniversary of GlyphJockey. Fewer posts, but what the hey. Just hope you'll keep checking in and that I haven't lost you during the recent lull.
Year 2=
6.5 Million hits (more than double year one)
240K Visits (2.5 times that of year one)
164K unique visitors (10 times that of year one)
this translates roughly into $1.43 (yes, 143 cents) earned at my Amazon store and zero Dollar store celebrity hoochie calendars sold - so uh, it's not about monetizing, huh?

I also had a recent wedding anniversary, (a milestone one) and concluded that I had such messed up relationships when I was single because I was supposed to be with Mrs. Lex10.

Now if you're an Atheist (notice I capitalized- nice, huh?) it was probably because I was f-ing them up psychologically because I really wanted her or a reasonable facsimile (because at the time I thought I didn't have a shot).

If you're Spiritually inclined, it was because I was destined to be with her.

On that note, a quick question: What do Richard Dawkins and Penn Jillette do when they hear a song like "Into the Mystic"? Do they go, "Meh."? Believe me, I know there's no Santy Claus, but I still get moved. Only now I feel guilty about it. I don't want to be meat on a rock, and intellectual gyrations that justify it aren't helping me feel any better. Religion however is clearly just bogus self hypnosis conducted by closet egomaniacs. Screw it, where's my Alan Watts .mp3s ?!?!?

New business: The "Yow" post was me sending the wallpaper that I made for my phone to Blogger to test it. Y'see I was unable to Moblog because Blogger sends back a confirmation email with an address that is, like, 97 characters long, and the phone just aborts. They've replaced it twice, and were very nice about it, but they just don't understand mobile blogging - it's as if I lapsed into French when I tried to explain it. Blogger meanwhile, well, you're on your own, ain't ya? So, I've blocked those mails from coming to my phone, and that should work. Expect to enjoy more shit I see in real time, kids.

By the way, my phone is the same one shown in pictures of Britney Spears driving through a red light while texting. It's famous!

One friend had 5" of his colon cut out, another got fired, and then The Perfect American had a heart attack. Bummer for all of them.

The Perfect American (where I contributed, during his computerless hiatus and will still)seems to be back thanks to Cleveland Public Library, a venerable institution, with really nice architecture (at least at downtown central). I found contributing there very liberating, and now it's back to it's Zen experience of ...uh, not reading it, but letting it wash over me.

I still continue to be comforted by the fact that I can also contribute to PCL LinkDump, with the likes of Percy, Ange, Johnny, Goof, Martin, Sebastian (who I thought was The Perfect American - Mr. Jyn - get it - SebasJYN?!? ) and the others. They're a bunch of clever M.F.s - I'm often in awe.

I also, in keeping it "85% Fresh" find it sometimes difficult to post stuff when it's an assload of work. Believe me I know you're looking, so I might (shudder) do some referring in the mix that compromises my "85% Fresh" claim.

I also promise more original videos in the coming months but hey, I got a job & family.

So, much love and on with the show.

We Are The Romans

Know us by our rockin' edgy weapons y'all! 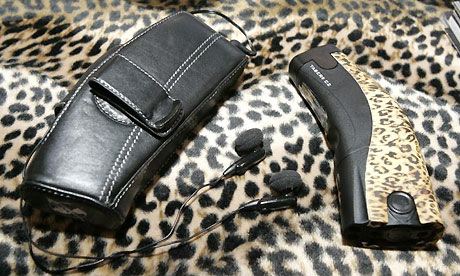