Email ThisBlogThis!Share to TwitterShare to FacebookShare to Pinterest
Labels: cognac, fireworks, New Year's Day, What Do We do New Year's Eve?

A selection but with some features noted, like the images of loyal readers at the bottom of many pages.

all pics link to comic!

Comics that aggregated newspaper comics and reprinted them along with some dedicated content. Dense and serialized. Read along with me - I have not yet.

Connie - that it - just Connie - mixes it up in space (this one's a wallpaper):

Oakey Doakes gets chased by a rare Euro Panda:

Plus Margaret Bourke-White, Jacqueline of Holland, and freaky tranny-style Albanians!

Adolph Hitler Campbell: Folks So Stupid They Have Crippled My Ability to Write a Clever Title

This is little Adolph Hitler Campbell - won't you decorate his birthday cake?

The Shop-Rite store that has refused to do so 3 times as well as refused decorate a cake with a swastika won't.

But who will? Wal-Mart y'all! The implication being "We're cool with it - we'll git 'er dun before y'all are finished browsin' the gun dee-part-mint. We know y'all are just thinkin' outta the box!"

We sure that the family, and especially little Adolph Hilter's sisters, JoyceLynn Aryan Nation and Honszlynn Hinler Jeannie will enjoy the cake.

MOVLOG: Ginsberg you're welcome at my Christmas table!

Unvarnished truth. The smell of a wet dog from the chemical bath the fruit was placed in. The domesday book open to the citrus page. The ever widening gyre whose center cannot hold. Rough beasts slouching towards Jerusalem. Allen Ginsburg farting at your table as you slice into your Christmas pork loin. 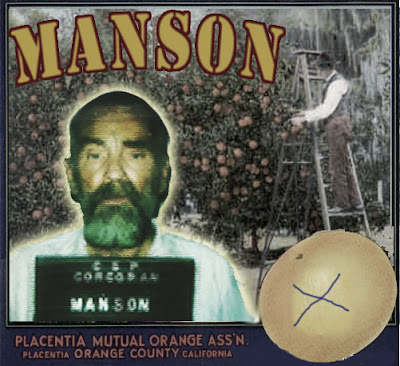 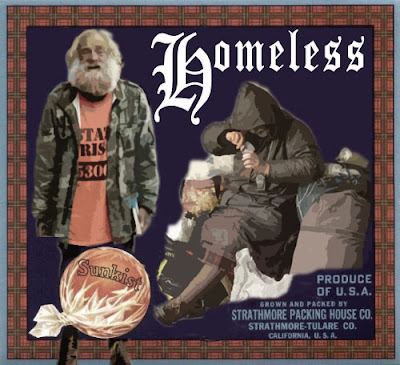 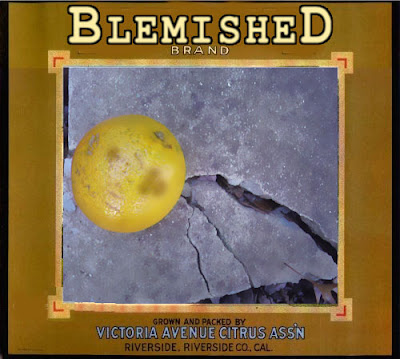 Movlog: drivin' thru the pines 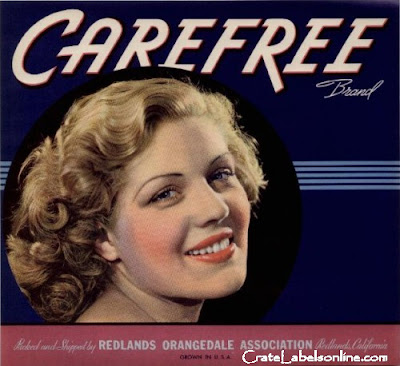 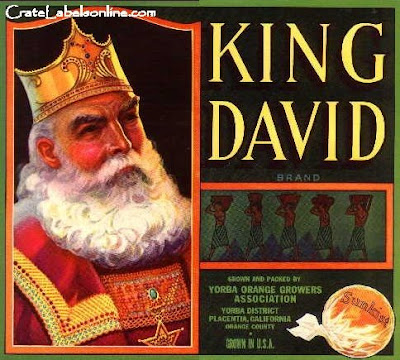 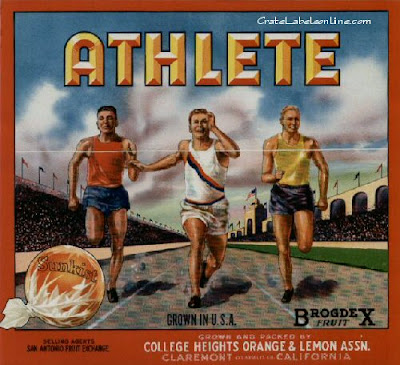 A couple of years ago I was priviliged to view the Art of the Orange gallery at Los Angeles Public Library and got to view pristine examples of label art, with accompanying explanations of how the grade of the fruit was embedded in the imagery on the labels (like the King David above which meant grade "A" fruit)

I found (accidentally again looking for proposal imagery) this wonderful collection of images from Cratelabelsonline which has good sized images, and a large collection of the classic California and West Coast agricultural marketing images.

Chuckman Has Massaged My Brain 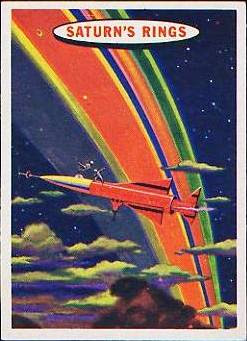 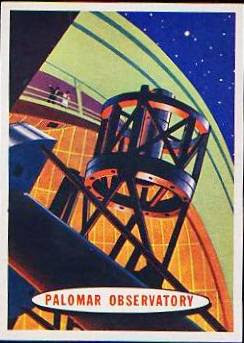 Jesus, my eyes! I always put a unique image on the covers of the proposals I write. They act as mnemonic devices as well a differentiators of content, and my clients being of a more free thinking bent, seem to appreciate that I took the time to find something that correlates my awareness of their existence. I was looking for an image of Mount Palomar Observatory when I found Chuckman's blog, where he has loads of stuff, but I was drawn into it via these awesome space cards. If you could fMRI me right now, my primary visual cortex would be firing like, like, I dunno, like the roiling plasma covered surface of the Sun.
From Your Pal glyphjockey at 12/05/2008 12:05:00 PM

The Last of This Year's Tomatoes

Here's What I did on Thanksgiving

....at the insistence of my progeny. Brad Neely's Wizard people. We did it the way he described starting the audio and the DVD at the same time n' all. Most enjoyable.

Neely's audio to sync up with your DVD player here: 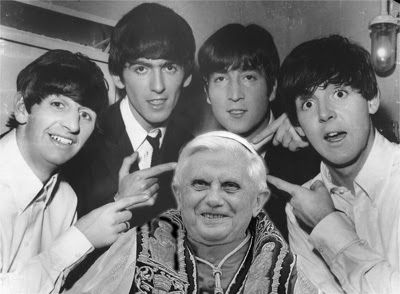 The G.S.R for hating cable is not because I dug this show, but because unlike antenna TV which is funded by advertising and has the right to pull the plug on a show, because they are obligated to be able to afford production, FX, a cable TV channel, gets paid either way for each and every cable subscriber PLUS they get paid by advertisers. While FX has Always Sunny, they are not exonerated. They could have possibly said, "screw it, there may in fact be engaged viewers who are looking to tie up loose ends, but really fuck 'em- who give a shit about our viewers? We won't even consider a 4 episode season for those jerks who pay a cable bill and watch commercials on FX !! They don't deserve the courtesy of even a one episode tie-up! Seriously, our viewers? They like animals!" Then agaion it might not have gone that way, but imagine - it's more fun that way.

So my questions to the "Producer" whose real title should be "skinflint accountant" who pulled the plug would be:
What happens with that badass Irish guy?
Does Cael get beat/killed/something?
What about Dahlia making out with her parole officer?
Does DeeDee escape to college?
Does Nynah get a new bong?
Will Dale be made into a sniveling bitchboy?
Russians?
The detective looking for Arye Gross? What happens there?

The show, hopefully surmisable from the questions, was in full bore shit going on mode, not slogging along in "we wrote ourselves into a corner" mode....

One can only pray, Senor Jerkface plug puller, that you will see not dime one from Eddie Izzard's Obama-style-funded indie Riches Movie hey, just like wathcing FX, I'll be happy to pay twice - once to produce & once to watch - without commercials......
From Your Pal glyphjockey at 11/21/2008 01:41:00 PM

Tiny, yet detailed - meant for the trash:

All yellowy for your puzzle solving pleasure. Fumetti-style -yeah! You there, yeah you, don't write the answer on your screen, idiot!

The pic below links to a giant view of 10 easy-to-view bottlecaps consumed by 10 different individuals - moderation all things, gang!

The pic above links to a giant view of 10 easy-to-view bottlecaps consumed by 10 different individuals - moderation all things, gang!

From inside the caps of Lion's Head Lager. Most assuredly NOT antique, but how cool. Not some dreary, humorless a-hole marketing yutz (which describes 90% of these shoulda-been-accountants-instead self deceivers (See? I exonerated you, marketing based reader!(See? parentheses within parentheses!))) driving me to register at some web site. Or nothing for that matter. Just a challenge to the ol' Broca's area to see if it's time to ease up. Or to check if you're not smashed enough, if you're staying in, I suppose. Either way, I can't see any modern day corporate manager I've ever met that would hypothetically say, "Yeah! Let's do that!" Well, maybe Richard Branson. Really a time-gone-by type of je ne sais quois, quintessence, lagniappe.
Tasty too.

What can I say?
Nuthin.

Last year we walked in late to their opening set at that Horton Heat show. We vowed then & there that we'd see 'em again.

Parade magazine will never feature them. Wayne Cochran is your mother compared to them. Wait, Stiv Bators is your mother compared to them.
They will never be lying on their death beds asking themselves "What was that all about?"
Their show is a full-on 100% Screaming Mimi (or screaming Meemie) assault on the very existence of rock n' roll. If they worked in a grocery store, You'd be greeted at the door, every item would be exactly where it belonged with the right prices, the floors would be immaculate and the produce fresh, and you would zoom through checkout. That's how hard they work. Like hard workin' bastards, who are forestalling their executions by playing for the Governor.

The staging is flawless: they look at each other, and blast! things happen right on cue. The drama don't stop. It's intuitive but looks well thought out.

The last song, Ruyter tore the strings off her guitar - when I asked Blaine how she manages to do that, he replied, "Hey she's got great chops."

Phonecam doesn't do it justice, obviously, & I lost 2 closeups while talking to band members (forgot to hit save) so I have adulterated, to give an impression. Maybe successful.

Puffy the layer of teeney tiny unfertilized eggs has passed away.
Chee-Chee misses her and so do we.