A 1/4 Cover My Favorite Martian Comic,

1/4 covers were from when unsold comics (or magazines) had to be returned and the ditributor didn't want to lug a bunch of pulp. The top 1/4 of the cover was submitted for the unsold credit. Needless to say they got sold and/or given away anyway.

Link to comic at pic, Nephews and Mrs. Browns!!

Lex11 has written a spectacular post about the visceral effect crime scene cleanup can have on a person capable of normal human emotion. Read it - it's a horrific mind-blower, from a talented auteur.

Review: A Far Cry From Kensington

I was handed this fictional memoir, by someone I trust to provide quality literary experiences- he assured me of its solid storytelling, and richness of content.

For me, prior to being handed this book, Muriel Spark really brought two things to mind: lighting cigars, (get it?) and books like Please Don't Eat the Daisies , which in reality share nothing with her.
I had no idea.

In his book, Rotten: No Irish No Blacks No Dogs, one finds out just how literary minded John Lydon is and how he was a fan of lots of great literature (Graham Greene's work springs to mind)... I was shocked when preparing to write this that Muriel Spark's Book The Public Image was where Lydon got the name for PiL. Had I not read his book I never would've guessed it but my suspicions were piqued when reviewing Spark's body of work.

In A Far Cry From Kensington, one gets an accurate portrait of post-war London life, with cramped and damp, recession and thrift, and during the progression of the book it's subsequent awakening from its 6 year nightmare.

Being an Anglophile I might've been satisfied with that and would have been polite about it, but disappointed with its lack of plot arrow.

The plot arrow is large and sharp and accurate: An overweight widow in a boarding house and works at a publisher, insults a literary world hanger-on, which in subsequent years, leads to adverse circumstances over and over again for her, all the while reaffirming her belief that the pisseur de copie "pisser or copy" is just what he is, an opportunistic second banana with no moral compunction about exploitation of personal relationships, and it being a small world, capable of infecting more than just the working world of Spark's protagonist, Mrs. Hawkins.

As A Far Cry From Kensington progresses, Mrs. Hawkins loses the insulation she grew during the war; both emotionally and physically- it falls away in the form of weight loss, the loss as allegory for her maturation, as evidenced by her questioning her faith, learning to stand firm when challenged about her interpersonal convictions and rising to the occasion when called upon by her neighbors who have revealed formerly private crises, that stemmed from character flaws that Mrs Hawkins shows us without a word of avarice, only predictive empathy, from someone who by virtue of being a war-widow, feels it necessary to conduct oneself with more maturity than others of her age.

I've hit the spoiler wall; let me just say within all the wool and teacups and rugs and wallpaper there's crazies, death, fist-fighting, insults, medical emergencies, injustice, karma, foreigners, revenge, hoodoo and more. A perfect mix of atmosphere and activity for anyone looking to read outside of genre.

I suppose that since I'm a PiL fan I'll read The Public Image next and see what more she has to offer.

Mother Earth…
my life support system…
as a soldier…
I must drink your blue water…
live inside your red clay and eat your green skin.

I pray…
my boots will always kiss your face and my footsteps match your heartbeat.

Carry my body through space and time…
you are my connection to the Universe…
and all that comes after.

I am yours and you are mine.
I salute you.

I guess it was meant to be "saucy" but it's more weird..... she was OCD, dug boxers and was pretty generous.From Confidential November 1955.

Some say Jim Morrison never really died.......
Here's what it can be like on the road - trapped in a hotel bar/restaurant on karaoke night. But then a guy steps up to the mic and does Light My Fire with hand farts.
AND plays the whole Manzarek solo.
Brilliant.
Now, yes, I'm aware the picture and sound sucks, but that's what happens when you shoot phonecam in a pitch dark room full of yelling drunks. It's just a selection, to allow you into my brain a bit.
Enjoy.... 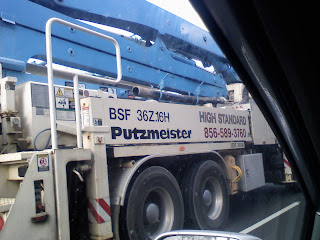 "Sister Mary Margaret wore a classic black habit, wire-rimmed spectacles , and her facial skin was a pale as one of Dracula's wives. I had recently seen the Tod Browning film Dracula, featuring Bela Lugosi, and I remember thinking that it was interesting that both God and Dracula had similar taste in women."
-Barry Gifford, Memories From a Sinking Ship 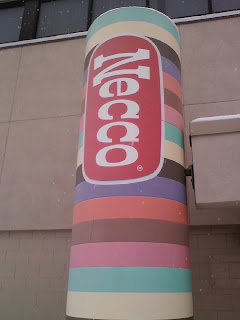 Phoned-in atonement for being occasionally tone deaf, according to my detractors....

Not blocked, and yet I opposed toxic chemicals in children's toys and jewelry, foods and cosmetics, forced prison labor, child labor, and censorship.

This fershlugginer YouTube's got everything!

bathroom wall and then came back various visits and noticed "Claire" had regularly updated the wall with the relationship status. Other significant love graffitti has been "Latif luvin' Latifa" on a wall across and down from our first apartment.

I got the spraypaint & markers baby! Let's go!

Email ThisBlogThis!Share to TwitterShare to FacebookShare to Pinterest
Labels: anniversary, I Love You, marriage

I Got A Touchdown!

Dock Ellis and the LSD No No. Back in '09 PCL contributor Desuko posted something about Dock - this animation tells the story of his no hitter on LSD.

NYT Obit Here
He got ripped off by protestants, doing Davey and Goliath.
He had a daughter with keyhole irises who committed suicide.
He became an acid taking hippie who left his wife and started palling around with Essalen type luminaries
Amazing work that never becomes tiresome.

Speak of the destruction.

This is a world destruction, your life ain't nothing.
The human race is becoming a disgrace.
Countries are fighting with chemical warfare.
Not giving a damn about the people who live there.
Nostradamus predicts the coming of the Antichrist.
Hey, look out, the third world nations are on the rise.
The Democratic-Communist Relationship,
won't stand in the way of the Islamic force.
The CIA is looking for you.
The KGB is smarter than you think.
Brainwash mentalities to control the system.
Using TV and movies - religions of course.
Yes, the world is headed for destruction.
Is it a nuclear war?
What are you asking for?

This is a world destruction. Your life ain't nothing.
The human race is becoming a disgrace.
The rich get richer.
The poor are getting poorer.
Fascist, chauvinistic government fools.
People, Moslems, Christians and Hindus.
Are in a time zone still searching for the truth.
Who are you to think you're a superior race?
Facing forth your everlasting doom.
We are Time Zone. We've come to drop a bomb on you.
World destruction, kaboom, kaboom, kaboom!

This is the world destruction, your life ain't nothing.
The human race is becoming a disgrace.
Nationalities are fighting with each other.
Why is this? Because the system tells you.
Putting people in faceless categories.
Knowledge isn't what it used to be.
Military tactics to control a nation.
Who wants to be a president or king? Me!
Mother Nature is gonna work against you.
Nothing in your power that you can do.
Yes, the world is headed for destruction.
You and I know it, cause the Bible tells you.
If we don't start to look for a better life,
the whole world will be destroyed in a time zone!

1. What is fragile should break early while it is still small. Nothing should ever become too big to fail.

2. No socialisation of losses and privatisation of gains.

3. People who were driving a school bus blindfolded (and crashed it) should never be given a new bus.

4. Do not let someone making an “incentive” bonus manage a nuclear plant – or your financial risks.

6. Do not give children sticks of dynamite, even if they come with a warning.

7. Only Ponzi schemes should depend on confidence. Governments should never need to “restore confidence”.

8. Do not give an addict more drugs if he has withdrawal pains.

9. Citizens should not depend on financial assets or fallible “expert” advice for their retirement.

10. Make an omelette with the broken eggs. 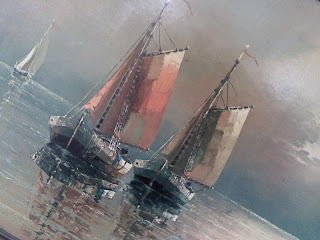 Water follows Water, spilling over any cliff, flowing past all obstacles, no matter the depth or distance, to the Sea.
The Superior Person learns flexibility from the mistakes he has made, and grows strong from the obstacles he has overcome, pressing on to show others the Way.

You are facing a crucial trial along your Journey.
The danger of this challenge is very real.
It is a test of your mettle.
If you can maintain your integrity and stay true to your convictions, you will overcome.
That's not as easy as it seems when you are faced with the sacrifice of other things you've come to depend upon or hold dear.

It's an Accident song, so not nearly what you're thinking...


Now here's some DJs that have proved memorable for me for a variety of reasons, and also have me conjecturing that they have had the pleasure at one point or another in their lives, and have also judiciously avoided an early demise unlike the subject of the song...:

Michael Tierson (center) who always seemed to catch the correct vibe of what was on the menu - an affable chap., sounded like he was laying down...

Jimmy Saville, straight from the pages of the Beano, knighted and beknighted (for his looks)

...and Soupy Sales, sire of Tony and Hunt friend to Pookie and White Fang, but who got his start in radio.

AMC has a cool full-length movie site of just B (for us, A) movies. It's almost atonement for having commercials on their TCM-competing TV channel.

By example, here's Saga of the Viking Women

Nothing else - just cold.