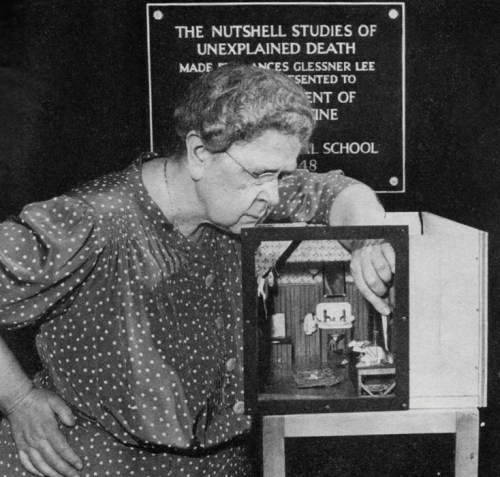 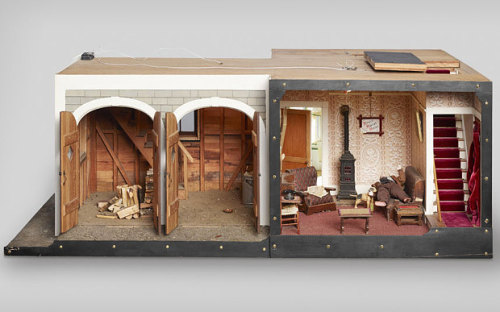 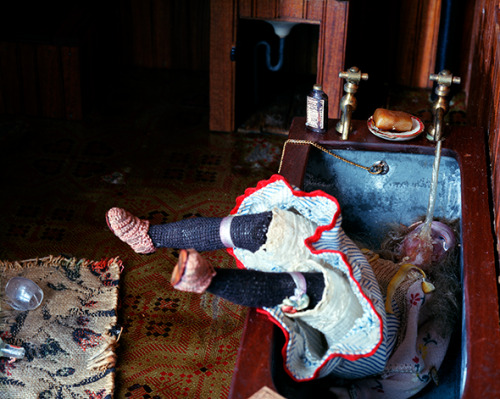 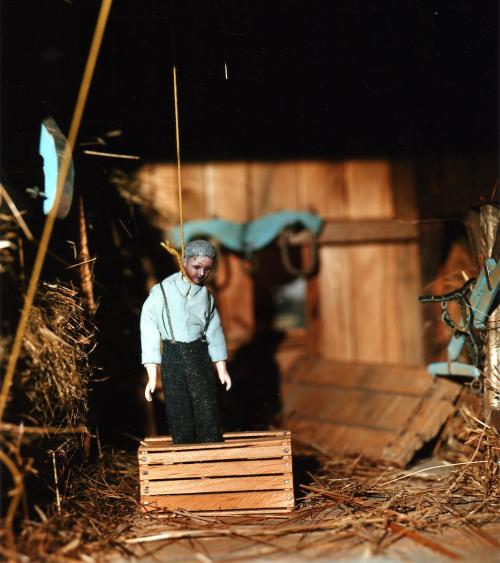 Frances Glessner Lee became interested in crime scene investigations after hearing about cases from her brother’s medical examiner friend. Beginning in 1943, she constructed miniature scenes of death. Lee used old weathered wood for the floors, hand-sewed the tiny victims’ clothes, and set the rooms with working lights and cabinets with opening drawers full of linens. She called the twenty finished models “The Nutshell Studies of Unexplained Death”. They often combined details from actual crimes but weren’t made to be solved; people in law enforcement were shown the miniatures to help them learn to observe all the details in an actual crime scene. Lee wasn’t permitted to go to college but she was made an honorary New Hampshire police captain and a pioneer in the field of forensic pathology.