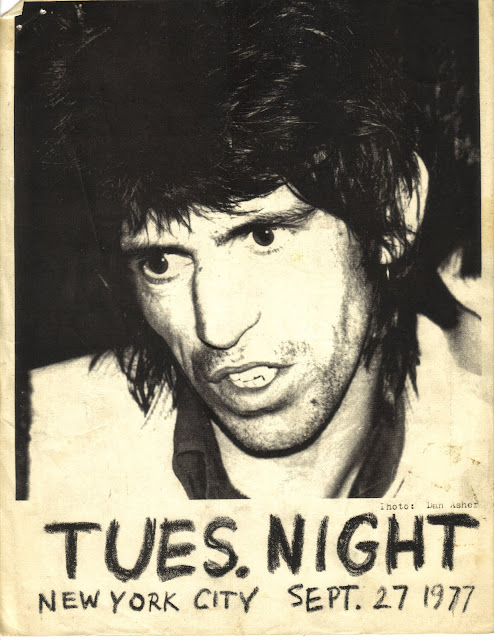 A Fucking Gem from the early days of punk (pdf). Before the 'zine existed. Real throwaway stuff, that was probably never archived. An actual glimpse into that history. It's got many things of interest: Anya Phillips was one of the editors, and she was  protege'/girlfriend/manager of James Chance/James White. There used to be stories in the Voice or the New York Rocker (can't remember) about how she was a harridan but I'm not sure how true it was, because she achieved quite a bit in her short visit to Earth, and it's emotional intelligence that gets you places.
There's Dan Asher photos, The Midnight Fart editorial on keeping an open musical mind is real time capsule stuff, and the ads capture the zeitgeist of the movement. Diego Cortez rants about art cancer, which either ironically or he didn't want to say that's what it was about, in '81 killed Anya Phillips. There's even a picture of the girl who got dragged around the stage in a headlock by Lance Loud of the Mumps.