The Routers: A Serendipitous eBay Mistake

I was looking for an inexpensive wireless N router and got this high up in the results: 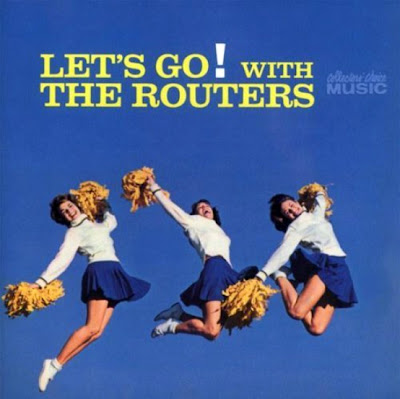 The Routers - never heard of 'em - but that's 'cause it looks like something my Uncle Rudy would've offered to put on the HiFi for me because it was Rock n' Roll, while I waited for him to leave so I could get at his Playboy collection (why were a naked man and woman in bed in that cartoon?). Who knew - industrialized session men music produced for the bargain bin of the sundries aisle of the grocery.... Background music at a teen party in any number of U.S. sitcoms.... In addition they invented, and I quote: "clap clap clapclapclap clapclapclapclap let's go!" hence the cheerleaders on the cover of their third album pictured above which featured one of their hits, Stingray, presented below along with the clap-happy Let's Go.

They briefly featured Leon Russell, who presumably ruined that experience like he did everywhere else he went. Black Cat Rockabilly Europe has a pretty good history and The Routers even have a Wikipedia page, too.